The large chalk drawing “The Whirling Dervish” occupies the left wall of the lower gallery. The piece refers to Dervishes, dancers who are considered wise and enlightened, who are masters of the art of healing, and who practice Sufism, a collective term for current spiritual practices in Islam that are characterized by their ascetic tendencies. Such dance rituals, as seen from above, allow the viewer to perceive both large and small dancers, and limbs that are seemingly going round in circles at a fast pace. In Ansari’s case, the complete paper is filled with these round figures and their associated limbs, so that during prolonged viewing, an intensified impression occurs in which the characters seem to actually rotate endlessly in circles. This chalk drawing is yet another throwback to Ansari’s childhood, during which she danced ballet for several years. 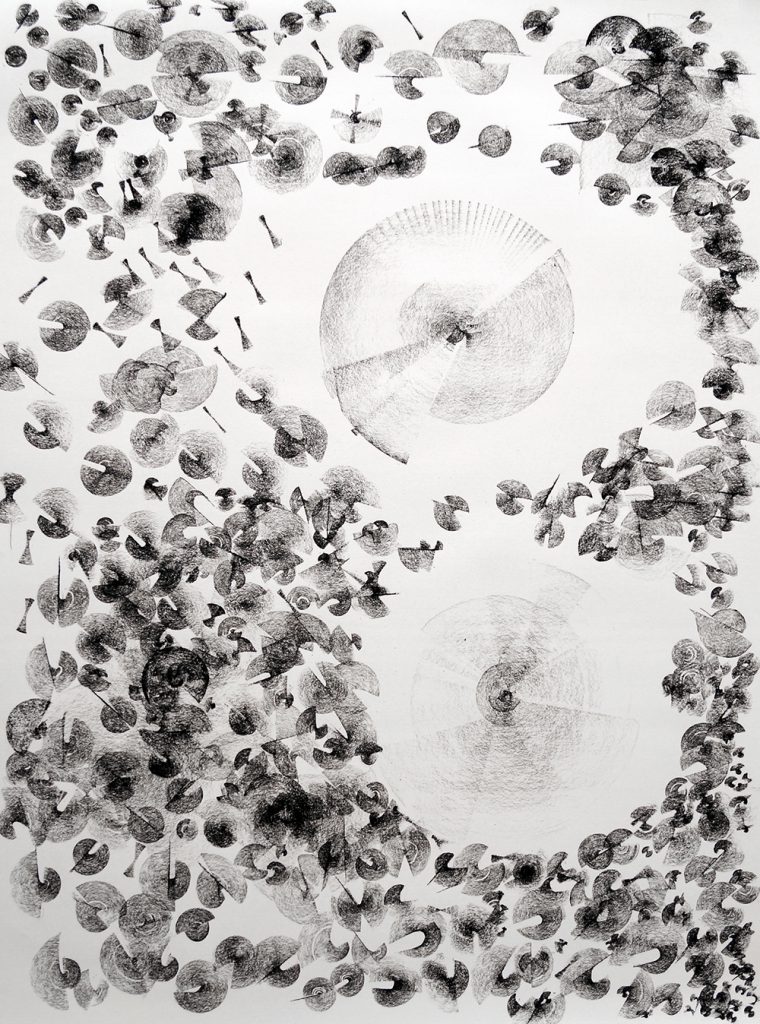 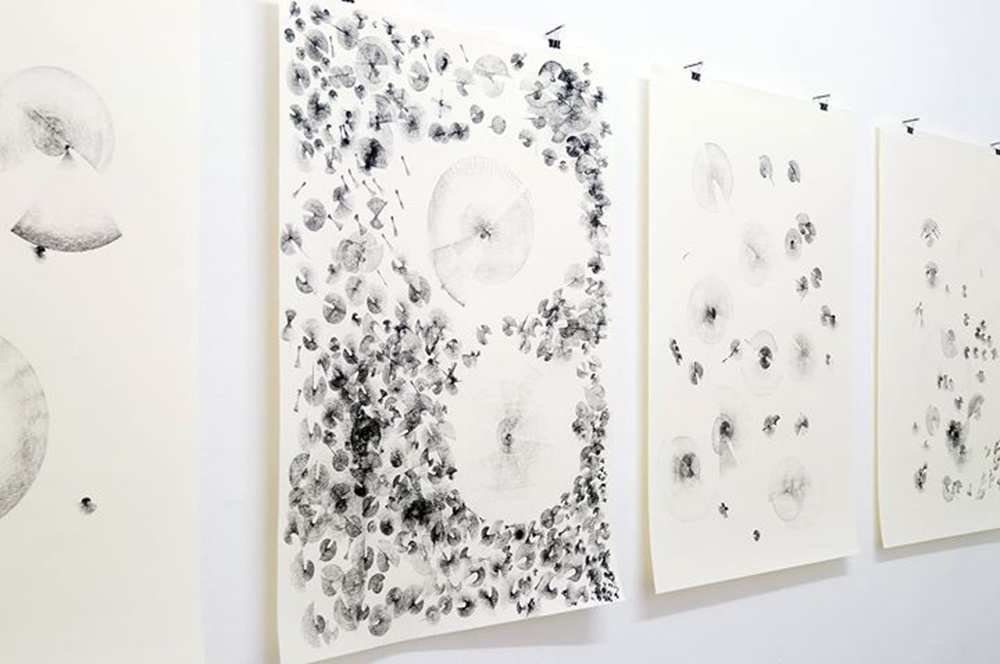