Matters of philosophy interconnected with a  sociogeographical awareness are a frequent motif in her work and create intellectually informed landscapes where the ‘occidental’ enters a dialogue with the ‘oriental’.

In the exhibition, Ansari contributes two works; her photographic work showsthree magnified blurred Polaroid images  serving as a study of the philosophy from antiquity to modern ages. Coming from an experimental series of photographicworks that the artist had already realized in 2003, the rediscovery of the work isshaping the ground for its recontextualisation asan object of the ‘present’ with an immediate association to the present of the artist herself.

On the back of the neck of the woman, who appears threeconsecutive times on the picture, one can read the phrase ‘Der Körper ist zur Freiheit verurteilt‘ (EN: The body is condemned to freedom), alluding to the Sartrian theory suggesting that humans are ‘condemned to freedom’ referring to both the intellectual freedom and corporeal emancipation as a priori given states to the human condition. This idea of freedom comes to be undermined or put under question when one considers the position of theartwork in the exhibition, framed in the central dark gray wall, as if ‘imprisoned’. Additionally, the posture of the figure as wellas the chromatic choices of the artist implicitly leave a taste of a Self, tormented by emotional of pain, joy, loss, desire; emotions of a freedom that might have liberating or confiningeffects.

Facing the photo, the video titled ‘Munition Ansari has composed a poem in English (later translated in French)
as an accompanying element for her ‘Munition’ series of works in 2014. The videorecorded as a video performance, only merely allows the spectator to read the poem or understand
what is happening. At the closing of the video, the poem is read by a  voice in English as follows:

black and white
shadowy landscape
cloud formation
aircraft, explosion,
erased in places
memory lost in official history some see guns,
some see faces enter the depths
First World War a letter written by a soldier to his beloved
from the front lines 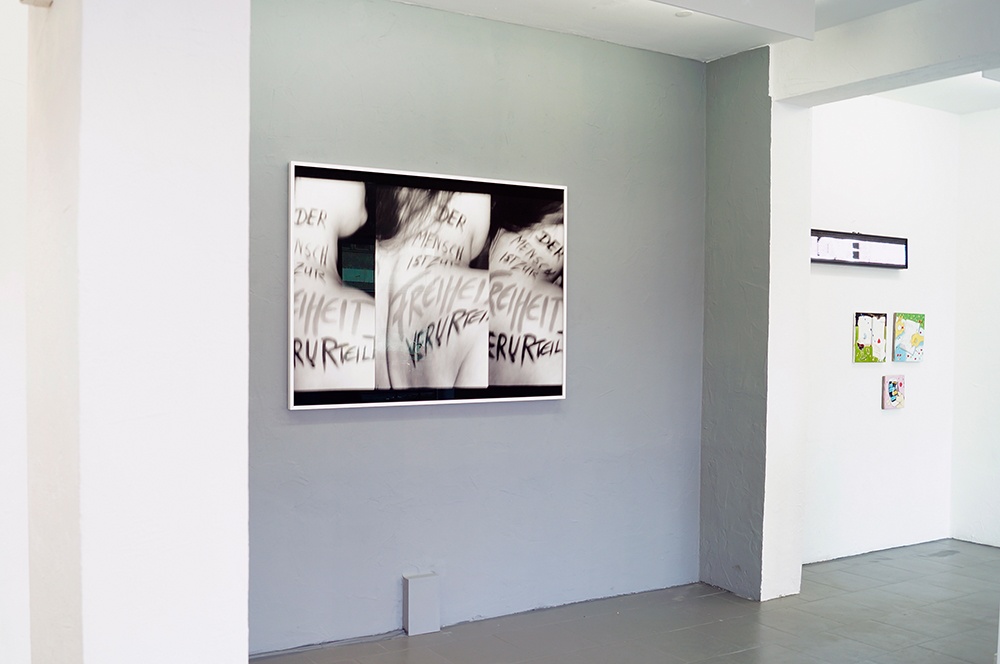 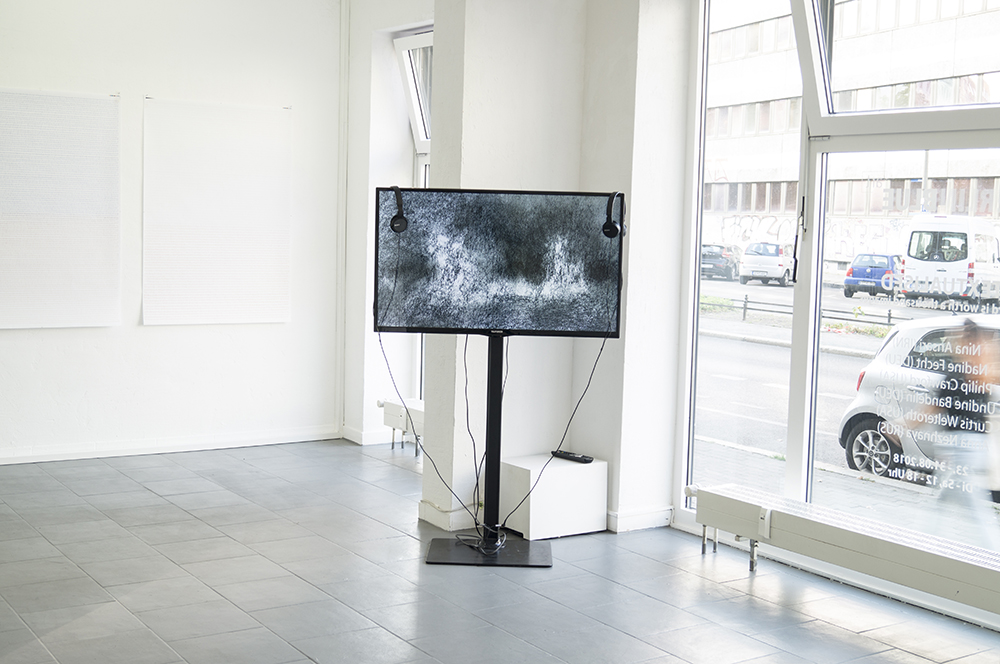